DIYPHOTOGRAPHY: Xencelabs Pen Tablet Medium with Quick Keys is Actually Better Than Others 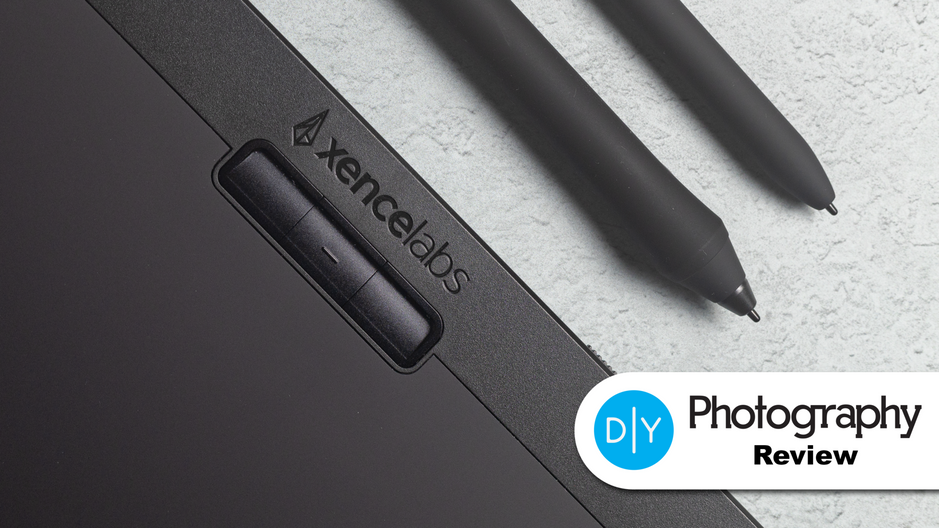 For quite a long time if you wanted a drawing tablet, Wacom was pretty much the only show in town. I’ve owned an Intuos Pro for several years now, and at first, I was thrilled with it. However, driver issues and constant lack of connectivity made me fall out of love very quickly.

These days there are a lot more choices of brands and types of tablets. Do you want one with a screen that you draw on directly? Do you want to use an Ipad? Or do you want something pretty simple that just does what it’s meant to do? The Xencelabs medium tablet and pen have been tipped as a direct, yet more affordable rival to the Wacom Intuos Pro. I was keen to find out if this was true, and whether it could actually be better.

WHAT’S IN THE BOX When you first open the box you’ll immediately notice the quality. It just feels nice, and included is a little thank you card with a quick start guide on the back.

Inside the box is, of course, the tablet. Underneath the tablet is the pen box which contains 2 pens, spare nibs, nib extractor and dongles. Next to it is the Quick Keys device. There’s also a nice carrying case for everything, a drawing glove, USB cable and adapter. Basically everything you could possibly need to be associated with a drawing tablet.

Let’s take a closer look at everything in turn.

The tablet itself is large (12.6×9.1 inches) and feels pretty substantial. It’s a good size for anyone who likes to use the whole ‘paper’ area. At the top of the tablet are 3 buttons which give you quick access to tablet settings, pen settings, and switch display. It has a nice smooth ergonomic design, with a slope at the bottom to make it more comfortable for using. On the back are non-slip feet. The pen case is a nice detail and makes a welcome change from the clumsy stand that so many tablets come with. I can tell you that it doesn’t take a lot for the pen to get tipped up out of a pen stand, and when like me, your desk is at the top of a 5-metre high precipice that is no joke. (Saying that though, the Wacom pen survived the fall with no ill effects, not something I intend to test with the Xencelabs pens!).

Included are two different pens: a fat one with 3 customisable buttons, and a slimmer one with just 2 buttons. As is customary with these pens there is no battery inside them as they draw their energy from an electromagnetic field directly from the tablet. Essentially, if the tablet has batteries, the pens are good to go.

There are several changeable nibs included (6 standard plus 4 felt) plus an extractor for making changing them easier. Also included in the bundle is the Xencelabs Quick Keys device, which according to the website, “enables artists to incorporate shortcut keys into their regular workflow through an easy-to-use interface.” Yeah, I don’t really get that either, but what it essentially is, is a shortcut console.

The Quick Keys has an OLED display, a physical dial with different colours that light up depending on what function you’re on, and different customisable buttons. You can create shortcuts to pretty much anything you want using this, and it even comes with some pre-programmed for commonly used software such as Adobe Photoshop. With 8 buttons and 5 sets of functions, you have up to 40 potential shortcuts plus the 4 dial settings.

If you don’t need to have a keyboard in front of you then between the Quick Keys and the tablet you can save a lot of desk space. Also included is a very nice padded carrying case which easily fits all the parts and would be great for working on the go. This is something I always felt that the Wacom was lacking. There’s also a little black drawing glove to ensure that you don’t touch the tablet with your sweaty hand. I’m not sure how necessary this is, since the tablet actually doesn’t respond to touch. I could see for a tablet that you’re actually drawing directly on the screen this would be more useful, however, it’s a nice touch.

Setting up the tablet and going from getting it out of the box to getting it working was an absolute breeze. You simply have to go to the website and follow the instructions. After downloading the drivers they were quick to install with the usual installation wizard. You then got taken to the app to configure the shortcuts.

The whole process was quick and intuitive. After the initial download of the drivers, you can unplug the wired USB connectors and insert the dongle for wireless use. The wireless connection was flawless and very fast, with no discernable lag. I found it very straightforward to create shortcuts on both the pens and the Quick Keys, and to configure the pressure sensitivity. It’s also possible to map out just a portion of the tablet use area if you prefer to use just a small section of the tablet. Again, this was very easy to do. To charge the tablet you simply plug it in with the USB connection. It charges rapidly, and although the info states a 16-hour usage capacity, I would guess that it lasted longer than this with no issues. My first impressions were that this is a very nice piece of equipment. It feels nice in your hand, is weighty enough to feel like a quality piece of gear, and I love the fact that it has a protective case for working away from home.

I also really like the dual pen system. If you have smaller hands then the lighter pen is a great option, particularly if, like me, you don’t require much in the way of pressure sensitivity (disclosure: I turn that off anyway, the 8192 pressure levels are sadly dead to me). I really like the pen case as opposed to the stand because it just feels that much safer and less likely to tip up or get lost. The other thing to note is that I only use this for retouching images, I don’t use tablets for drawing or painting, so I cannot comment on the pens for that. This review is largely based on Lightroom and Photoshop use.

Unlike my Wacom, there were no communication or lag issues with the computer, and it did everything I needed it to in Photoshop. It also kept its charge for a really long time, also unlike my Wacom which I pretty much have to keep plugged in permanently if I want it to work.

The coloured lights at the corners of the tablet can be configured to your favourite of 8 colours. It’s a nice fun gimmick, but that’s really all this is, unfortunately, unlike the coloured lights around the dial of the Quick Keys which actually remind you which function you’re using. I do like pretty coloured lights though so I’ll forgive Xencelabs for this! With continued use, the surface doesn’t have any visible wear and tear and if you have a desktop computer it’s great to be able to remove the keyboard and just use the Quick Keys with the tablet to free up desk space.

Having two different pens is great as well because you can have different nibs in each one, giving you more variety of touch. I would think for digital artists and professional retouchers this would be a nice advantage.

There were no discernable problems with jitters, the curser moved around very smoothly and was fully responsive at all times. The ergonomic design of the tablet feels comfortable to use and while the pens don’t feel quite as weighty as the Wacom pen, they still feel nice in the hand and it’s easy to find the buttons without looking. This really does feel like a quality and well thought out piece of equipment. The Quick Keys took a little longer to get used to, purely because I have become so accustomed to using all the keyboard shortcuts in Photoshop. The Quick Keys is actually a Stand-Alone device meaning that you can configure it potentially for any app. You can even use it for video editing shortcuts in Premiere Pro or DaVinci Resolve. That truly is a game-changer.

The only issue I could find was that the Quick Keys dial didn’t always respond when using it in Photoshop. For example, it’s super useful to have a “rotate image’ or the zoom function on a dial. It feels very natural, and it would be if it always responded. I do think with a little bit of time spent playing with this it could be sorted out. But that was really the only issue that I had. Everything else worked flawlessly.

I did read that there were a couple of complaints that the drawing glove just came in one size and for the larger handed people out there it was a bit tight. I had the opposite problem however and found it a bit too loose. But as I don’t really plan to use it anyway this isn’t exactly a deal-breaker for me!

Well, aside from a couple of small niggles I simply cannot fault this tablet. It basically does exactly what I want it to, without any fuss. My only real irritation is that to use the tablet wirelessly you have to fill up valuable USB drive real estate with the dongle. But I guess that is more of an irritation with Apple for only including 2 USB imports in their computers than with the tablet itself, and it does create a more stable connection this way than perhaps Bluetooth would.

Unlike some tablets like the Huion Kamvas Pro 16, the Xencelabs doesn’t double up as an extra screen and you aren’t editing directly onto the image. If that’s something that you want or need, then this isn’t the tablet for you. However, I do believe that the Xencelabs is actually better and more reliable than the Wacom Intuos Pro and at much better value, particularly if you get the cheaper bundle without the Quick Keys included.

All in all, the Xencelabs drawing tablet bundle with the Quick Keys is still $20 cheaper than the Wacom and includes a carrying case as well. For me, it’s a no-brainer. I must admit that I’m fully sold on this tablet and won’t be going back to my Wacom.

The Xencelabs Pen Tablet Medium bundle which includes the Quick Keys costs $359.99 in black or $279.99 for the tablet and pen.