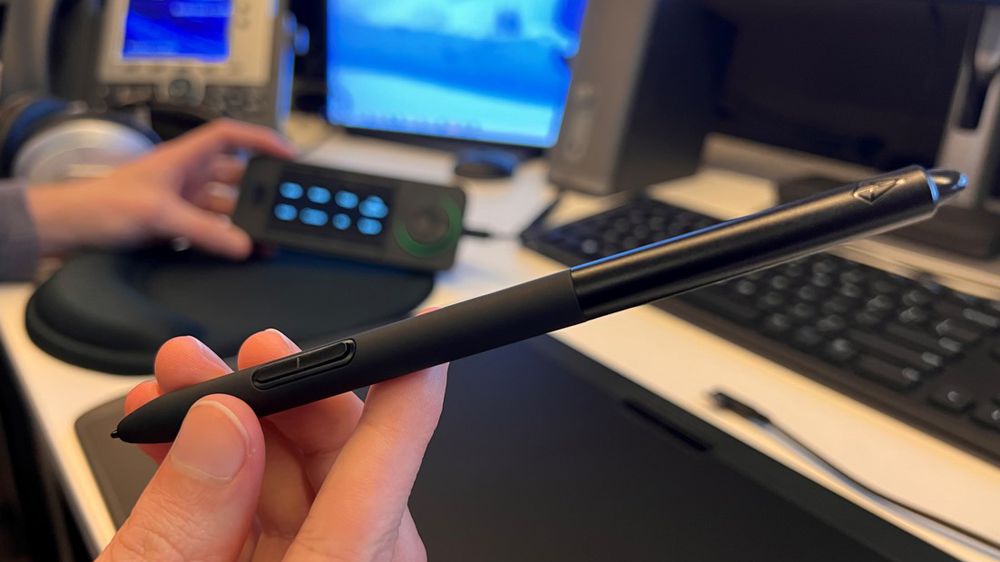 One of the two pens is included in the Xencelabs Pen Tablet medium bundle.

The Xencelabs Pen Tablet does what Nine's graphic artists need and dials up the versatility.

We hooked up the $549 bundle (on Kogan.com) in our Melbourne newsroom this week, putting it head-to-head with the Wacom Intuos Pro our artists use daily. 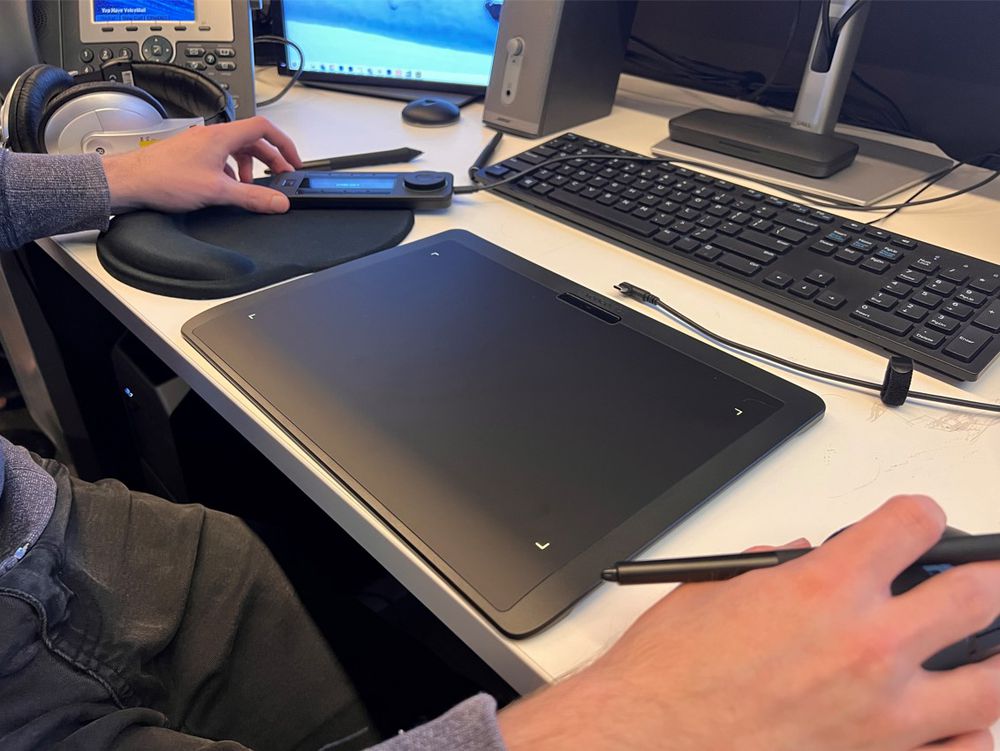 Creatively, both are comfortable to use all day and function as you'd expect from a professional-grade tablet. You do get an additional "thin" pen included with the digital drawing tablet if that's what you're looking for. It has two buttons like all Wacom pens, but anyone hoping for more will be happy to know Xencelabs has added a third to its thicker option. The pressure sensitivity, accuracy, and reliability of the pens were comparable between the two models; in fact, the pens work just fine on the opposite tablets. What surrounds their respective drawing spaces is where the greatest differences lie. The biggest change is the separation of the tablet's drawing space and its programmable buttons. Two devices mean two cords for charging which can be inconvenient and messy but the flexibility it offers in a hot desk environment cannot be understated. 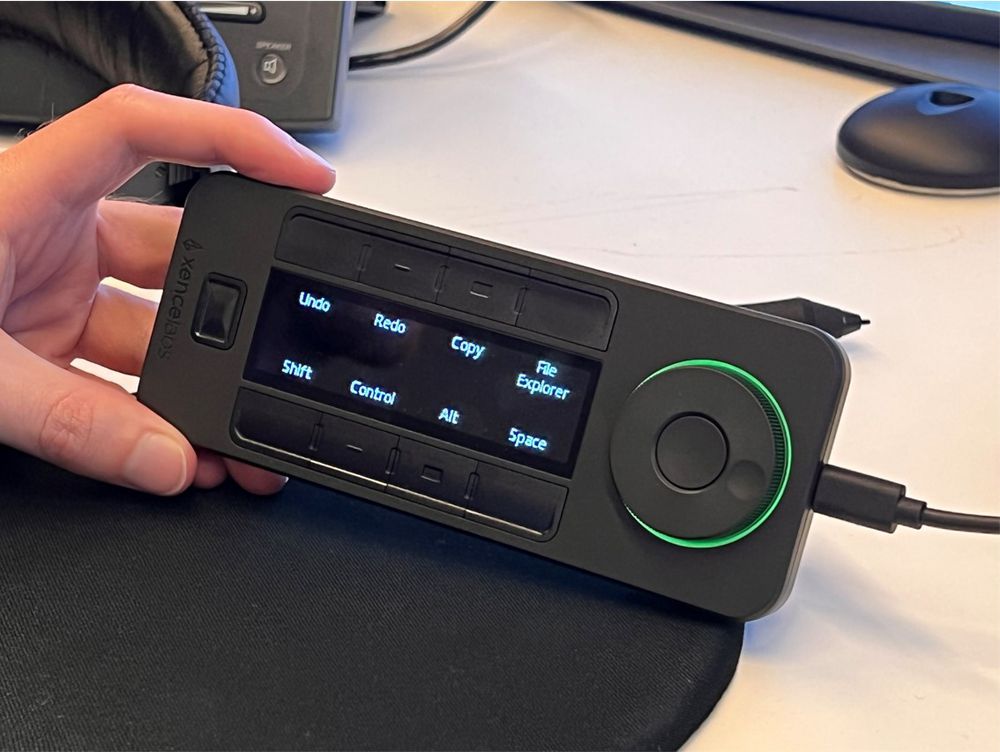 Every left-hander knows the pain of having to work on a setup designed for right-handed people. Wacom allows lefties to flip the tablet entirely but it's a problem Xencelab's design sidesteps entirely with the addition of a separate quick keys console.

Programmable buttons are nothing new but the convenience of small OLED labels that change with the button's functionality is very welcome — particularly when you can program as many as five custom sets that better suit certain programs.

All of that is powered by a sleek software suite that is easy to navigate and includes the ability to change the colour of the four small detail lights on the pad for those dedicated to matching a coloured setup at home or work.

Like with any new piece of tech, the transition takes some getting used to but it's far from a problem.

Your computer will need to be rebooted after installing the drivers. We tried pushing on without one and had the cursor glitching across three separate screens, which a reset quickly fixed. 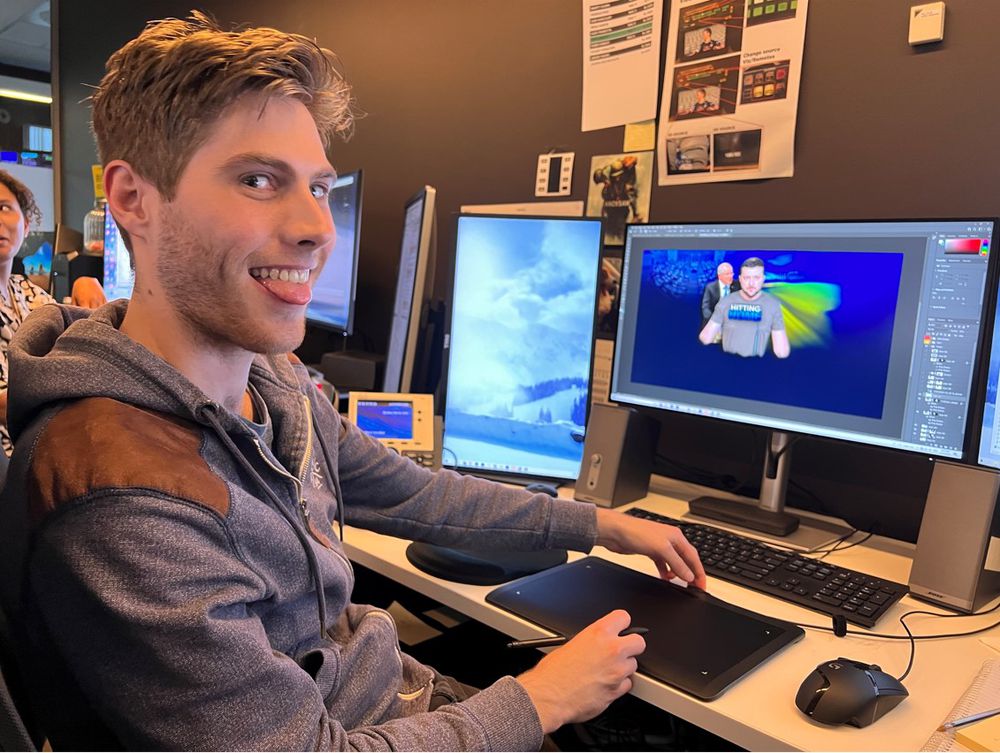 Brad prefers to keep both the tablet and quick keys plugged in to avoid battery issues. (Nine)

Xencelabs says the battery on its tablet will last 16 hours on a full charge and 30 hours on its quick keys unit.

Brad — one of Nine's very talented — noticed the battery depleting faster than he expected and for the work they do. The reality is it's easier to keep both plugged into power at all times.

If this was the tablet and pen Brad had to use every day, he'd be happy with it and I could see the gamer in him getting excited at the possibility of reprogramming the quick keys for streaming.

Ultimately, when prices are so similar, the choice comes down to user preference but there's no denying the versatility on offer with the Xencelabs bundle.